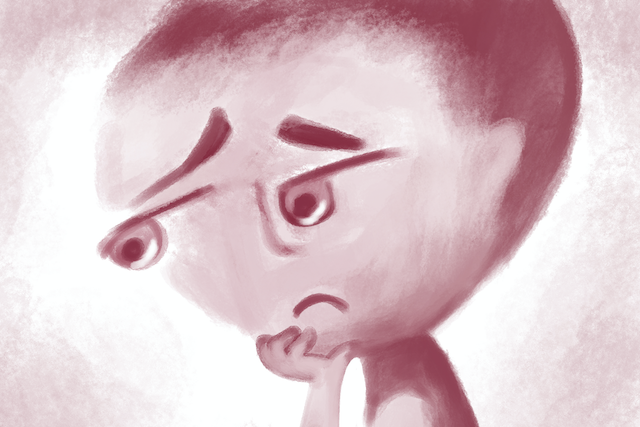 I don’t remember the exact day the message came through. Julian, my son, sent the message and needed to speak to me. The tone of the message was serious. He doesn’t really need to speak with me.

He was discovered dead by his father earlier in the week. He’d hung himself.

Although this news did not affect Julian, I was shocked and cried.

Thirty-three years ago, we met in a taxi. He drove the taxi, and I was his passenger. He was charming and very flirty. I was brought home by him, where we swapped numbers. We were instantly in a committed relationship.

Six months after we started dating, I learned that I was pregnant. Since I didn’t want to be an unwed mother, we were married within a month and began our lives. We both had good jobs. My job was as an HVAC technician at a bank. My life was good at the start.

His job led us to another city. After we moved, it was the first time I had ever been alone and without any friends or family. Twenty-six was the age when I moved. We got along fine and our marriage worked out.

He started returning home from work later than usual, and some nights he was not getting back to his bed until after midnight six months later. I believed him when he said he needed to be at work until late. His words were true. He was available 24/7. I was alone most of the time.

A few months later, I decided to return home to our hometown. He was to find a job there, which wouldn’t be hard. I didn’t want to be alone in this big city anymore, and I was just about to give birth. My family was important to me.

After our Move, Life After Our Move

We stayed at my parents’ house when we returned, and within a month had found our own apartment.

We found him a job quickly, and Julian was delivered two days later. It was a good life.

After a year of being parents to the baby, it started to turn sour. He was out “working late” an awful lot. He’d come back home at night, still smelling like alcohol. Julian had reached 18 months. I was fed up and told him to go. This wasn’t the life I wanted for my son.

After he left, I lived in absolute misery for six months. He’d come to my house drunkenly at night and force sex on you. He would threaten me nearly daily. Many nights I’d stay at a friend’s house just to feel safe. Numerous times, the police were summoned.

He eventually moved out of the province and we never heard from him again for many years.

It was time to get divorced. I had put my entire marriage behind me. He was granted sole custody and I requested visitation. My son was violent, unstable and dangerous. I didn’t want to take any chance with him. I was saved by the fact that he lived so far away.

The divorce agreement also stated that there were no child support payments. I was determined to end all ties with him. That’s what I did.

We received the package via his brother, although it may have taken longer. Julian was sent the package. The picture shows Julian with the silver chain and St. Christopher pendant.

Julian did not understand what it meant. He didn’t even know who this person was. I was puzzled by his gesture. Is he trying make amends or was he just being sincere? Was he trying to prove that maybe he’d changed and he wanted to start a relationship with his son?

He lived only two hours from his father when my son went off to college. He made an attempt through his uncle to maybe meet up with his dad, but his dad wasn’t interested and declined the offer.

Every now and then, throughout the years, Julian’s uncle would update us on what his father was doing and how he was doing. He seemed to have been heavily involved in alcohol and depression.

I couldn’t help but feel responsible for this.

Did he feel depressed that I had taken his one child from him? This was my fault. I always felt guilty whenever we had a second update. What did I do to him?

The moment I received the phone call I was stunned. His depression was so severe, I didn’t know. What would have made me aware? Did other circumstances play a role in his suicide attempt? Or was it just years of anguish knowing he had a son who was never a part of his life… because of me?

This could have been avoided if his son were a part. Was this what I did??

For a whole week, I was sobbing. It was the first time I felt such sorrow and guilt. SO much guilt. Was I responsible for someone’s suicide?

Handling my grief and guilt

I struggled to understand his suicide. Also, it took me some time to accept that I wasn’t responsible and shouldn’t feel guilty. I didn’t talk to anyone about this. My feelings were difficult to convey and nobody would be able to understand.

However, I came to realize that he was fighting battles with demons which had nothing whatsoever to do my son. It was clear that I had made the right choice for my son and it was also the most important.

It was a difficult conversation for me to get through it. It’s not your fault, Iva. You could have made a choice to live a better life. But he didn’t.

It’s not your fault, Iva.

I’m sorry his life ended so tragically. I’ll always feel sorry for that. But I won’t feel guilty about it anymore.

It’s Not Our Fault

It’s so easy to take responsibility for a loved one’s suicide, especially when you set a hard boundary for your own well-being. “If only I had done this or done that” or “if only I would have not done that,” but the reality is, it’s not our fault.

Our lives aren’t in our hands. Our lives are our responsibility. It is up to the individual to make decisions about their life. We can offer them tools and help, but it’s up to them to accept it and/or use it.

If they don’t, that’s not our fault either. It’s easy to think that we should have/could have done more, but we did as much as we could. It was their decision.

Iva, an Ontario Canada-based self-help blogger who currently resides in Guatemala, is Iva. She has two main goals: to help the hungry in her home town and inspire others with her blogs. Get weekly inspiration from her here. Also, check out the self-help ebook You Are Amazing. Her new course “The 21 Day Challenge” is now available. Take $60 off with coupon code TINYBUDDHA!

The post Why I Blamed Myself for My Ex’s Suicide (and Why It’s Not My Fault) appeared first on Tiny Buddha.