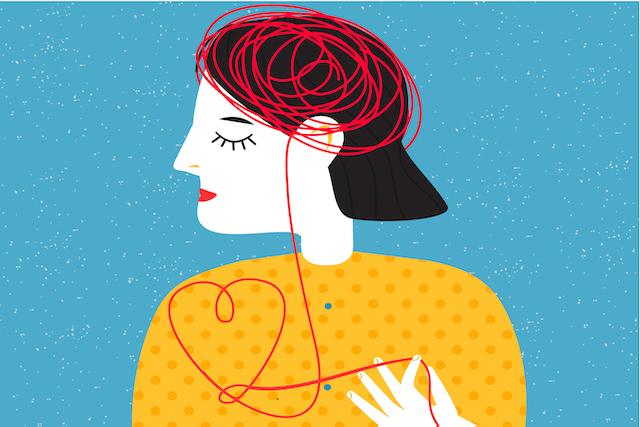 I’m waiting for my mother’s nurse to pick up. The hospital recording has been on a loop for twenty minutes: “Our hospital is committed to integrity, to the destitute, the sick. Some of the best colleges and universities in the nation have given training to our doctors and nurses. Our patients’ health and comfort is our #1 priority.”

“Has anyone been in to see my mother? She’s hysterical and can’t breathe.”

“Your mother is getting a new nurse.”

“But the nurse I spoke with earlier said she was on her way with meds!”

“Someone will be there within the hour.”

“She’s got to suffer for an hour?”

“Someone will be there as soon as they can.”

“That’s not what your hospital recording says!”

Deep breaths are taken by the nurse. “Oh god,” she mutters. The phone rings on hard surfaces.

From personal experience, I understand what happens after the recording is over. The recording stops, and individuals assume control.

Recordings can be neatly organized. Not all people can be so neat and tidy. While there may be an unscripted commitment to kindness and life, it is not always obvious. Behind the edited promises and slogans lies the fact that everyone must understand their relationship to the things we have been told and what they actually look like.

My mother for example has a slogan that goes something like: I am a strong as sh*t individual with impeccable judgment. She is often strong and sound. But behind the scenes, in the moments of reality when whatever pain sets in and there’s no one around to slogan to, she cannot handle her anxiety and has a tendency to drink herself nearly to death and wind up in the hospital on life support.

Me, for example, when I’m writing this, I’m pretty grounded in my ideas for about ten minutes at a time. But in between those moments, when the vastness of everything collides with the tininess of who I think I am, when my insane restlessness causes unbearable pain, I clench, and then go to places like Amazon to look for things to better organize my pantry.

The nurse is the one I picture, clearly not in the mood for slogans. Perhaps she hasn’t slept in days and has been taking care of so many sick and destitute people that she has not been able to take care of herself. Maybe I caught her at one of those moments when she didn’t have enough energy to pretend to be a spokesperson for anything. It’s hard to imagine what other people deal with beyond their jobs.

There’s the slogan, and then the fractaling inward to a more intimate reality, to those minutes in secrecy behind all closed doors, where there are individuals dealing with themselves and other individuals.

My mother’s neighbor has visited my mother every day in the hospital. He is concerned about my mother. And yet, he’s the one who gives her the vodka. He says he figures if she doesn’t get it from him, she’ll get it from someone else. He doesn’t think of himself as being a bad person, he’s just doing what he does based on the equipment and experiences he has.

Just like the woman who called from the Special Olympics on the other line who got upset with me because I didn’t have time to listen to her slogan. “Thanks a lot,” she told me. “Now I won’t meet my quota.”

It was funny to think I might be drawing every lazy person in the nation. And I couldn’t wait to dismiss her as horrible, to throw her in that bin in my mind where ridiculously horrible people go. If I were to dismiss everyone as being terrible, then who’d be left? Not even me. And I wouldn’t be able to call anyone to commiserate with, because they’d all be in my trash can.

My expectations of people came from watching television. Television was a part of my childhood. The television show had three parts: credits, beginning, middle, end and applause. People on television were always who they said they were and if they weren’t everyone would band together and help get them back.

When the TV shows ended, I remember feeling resentful at the people who were not recognizable one day from the next. What I didn’t realize was that the people on television were dependent on a budget, on someone to write their lines, on rehearsals. I didn’t understand that in real life people were dealing with their own thoughts and doing their best to express them in some manner that didn’t get them made fun of, divorced, in jail, or all alone.

Things are complicated in reality. In reality, the judgments we make of each other are judgments based on each other’s slogans and worldly circumstances.

I think of this wealthy relative of mine who says things like, “I feel so badly for your mother. It’s so sad.” And then I think of my mother who says about this same person, “That poor sap. It’s so sad that she is not here. She’s never had to survive any sort of malignancy. She’s just so blasé. So benign.”

Sometimes I don’t think we really know each other. We know what we have experienced of one another, at best. Perhaps we just have our own experiences with each other. Perhaps the only way to really and truly be neat and tidy is to admit that we’re not. If we admit our faults, then maybe we will become real. And when we are real, maybe then we can be there for each other in ways that don’t disappoint as much.

Jessica Laurel Kane is the host of two podcasts: Once Upon an Upset, a podcast of stories and conversations to help make sense of difficult times for kids and parents, and A Woman Called Mother, a collection of stories and scenes all about the author’s mother. Five books are also available for children.

The post The Messiness of Being Human and Why We Shouldn’t Judge Each Other appeared first on Tiny Buddha.