The False Comfort of Having More: Finding Peace in Living with Less 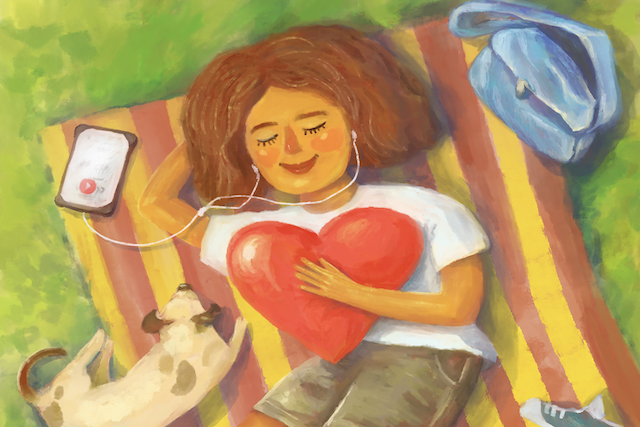 “Be a curator of your life. Slowly cut things out until you’re left only with what you love, with what’s necessary, with what makes you happy.” ~Leo Babauta

As a kid, I remember begging my dad to take me to Burger King, Wendy’s, McDonalds, and any other number of fast food restaurants. Their food was okay, but that’s not the main reason I went. I was drawn to the toys.

Every chain had their own, and some were more interesting than others. The Mini Nintendos at Taco Bell? There I was. McDonalds – How to make an Inspector Gadget! You can count me in for that Happy Meal.

It was fun to gleefully list my Christmas wishes inside. Christmas was stolen by Grinch ornament-shaped notepad I’d extracted from beneath a soggy container of fries at the bottom of my Wendy’s kids’ meal bag.

Burger King released Pokemon toys. I raced to grab them. My goal was to get enough Poke balls to strap to every belt loop—because people in class, pedestrians sharing the street with me, and my family at home all needed to know how serious, esteemed, and accomplished of a Pokemon trainer I was.

The fries and the forgotten burger were left to glisten under the overhead fluorescent lighting.

Since I was a little girl, excess has brought me comfort.

An all-in kind of girl when it came to my belongings and collections, I threw myself into the hobby of collecting and amassing—everything from Archie comics to souvenir pennies to Pepsi cans featuring photos of different Star Wars characters (which my mom hated and my cat enjoyed swatting around, only to be startled by the noise whenever they crashed against the ground).

My room contained surplus—whether that was after a trip to the library with my mom, or from Beanie Babies scattering the floor. My shelves were cluttered with bobbleheads. Shot glasses were used for cups during play tea parties.

The pages of my teenage diaries were also affected. Aaron Carter’s poster or J.T.T.T.’s pinup are all that I could find. didn’t cut it for me—I had to fill the entire wall. It is still a mystery to me how I was able not to feel uneasy falling asleep in the presence of prepubescent boys.

Material surplus as a child became surplus of a more abstract kind as a young adult. Things were substituted by experiences and people. This was the exact same function as my childhood clutter.

I tried to schedule back-toback activities because it was too overwhelming for me to rely on just one interaction throughout the day. I was always full.

The source of the desire to achieve more is not hard to find.

Reasons for “hoarding mentality” are numerous. Looking back, it is clear that surplus was what brought comfort to me as a child. There was no way to escape the loneliness caused by material excess.

One time, I wrote even in my journal. “I believe many of us collect to fill voids. More can be translated as never being without and never feeling in need. Safety comes with more. To escape isolation, you need to have more. If I just keep accumulating more more more, maybe at some point I can let out all this breath I’ve been holding in.”

Probably, our cultural environment also played a role. It capitalizes upon low self-worth and generalized ennui to sell the message that solutions and relief lie in consumption—Consume more food to satisfy your hunger.It could be their slogan.

All the drafts that I have not completed over the years on my computer are something I am reminded of. Pages littered with paragraphs of unfinished prose and ideas scattered throughout, were all left to rot in the document.

After fleeing it and attempting to start anew, I didn’t trust in the voice of this draft either, so I fled that one as well. The common trend was abandonment syntactically, if not thematically. Over time, all of these abandonments were fueled by a lack of trust and left surplus.

You can think of it like putting all your eggs in different baskets. You don’t want to put too much pressure on any one friend; instead, you spread your efforts onto multiple so that no one gets overwhelmed.

It’s similar to the way some scatter-focused workers might view tasks. Dividing our attention amongst various simultaneous assignments takes pressure off any single one of them, reducing the likelihood of “botching it.” Because if one’s not working, they can always shift attention to another.

Some people who have surplus in their lives might struggle to let go.

I grow attached to the things I write, for instance, even if I know they’re bad. A weak sentence, or a paragraph wherein the phrases are all jumbled together and not working in unison—even as this clunky tangle of words on the screen makes my head spin, I still fear hitting that delete button and watching my ideas vanish completely.

It is a fearful thought that I might hit it, because they are still my ideas. They were born from a moment in generativity, even though their expressions may not be perfect. They were my contribution to the world in a small way.

I’m not trying to say that surplus is inherently bad; many people not only canIt is possible to successfully manage many commitments.

What I am saying is that sometimes the hoarding mentality can prevent us from mindfully attending to what’s directly in front of us.

As I came to find through my own later life experiences, “‘more” can sometimes feed disconnection.

I once drove a Lyft passenger who, together with his wife, fostered twenty-two cats—a number he said was a “manageable amount.” He said that he didn’t think he could take in any more.

“It’s very hard, because we want to say yes to all of them,” Jacob said, “But we’ve also got to think about how many we can realistically care for.”

He then quipped, “Crazy cat ladies get a bad rap because they’re too idealistic. They’re in over their heads even, is what I’d say. She’s crossed the threshold from cat lover to cat addict.”

Talking about addiction is when the loving instinct becomes a compulsion. About how even if the addicted person started out loving the thing they’re now addicted to, once compulsion has replaced it, love may no longer be at the center of the equation anymore.

Jacob’s saying that he “wouldn’t be able to love fifty-six cats” resonated with me. It occurred to me that I treasured my Pez dispensers back in the days when there were only a few. I treasured them more than anything. They had an intimate connection that was as close as it is possible to for humans and plastics to share with each other.

However, I found less of a connection to any one of my suppliers the more they multiplied.

Looking back now, I’m just glad those Pez were inanimate objects rather than living creatures with needs and pain receptors—because they surely would have felt the sting of negligence under my care.

These tendencies have become more apparent to me, and I’ve been able gradually to change them.

The past few years I’ve slowly and steadily fengshui-ed many of the items accumulated throughout my past. The Pez dispensers were the first to go—to a customer through eBay.

The next step was to recycle 1,050 of the 1,075 Archie comics. I kept some as mementos and for nostalgia purposes. Writing I’d always found too difficult to part with, I’ve slowly recycled as well (after salvaging whichever remnants I saw some potential value in).

I’ve sought more one-on-one interactions, careful to not plan too many in too short a period of time—both to preserve my energy and give each encounter the attention I feel it deserves.

As minimalist Youtuber Ronald Banks said, “Minimalism is living with more of what matters by choosing to want less of what doesn’t.”

When I do find myself starting to accumulate—be that material items or events on my social calendar— I ask myself questions now. Questions like, Are you saying yes because I want one more item for my inventory? Oder because it truly connects with me and gives meaning to my life?

Are my motives extrinsic and escapist—tied more to bolstering my image or avoiding an uncomfortable emotion? Or are they intrinsic and self-actualizing—aimed toward the purpose of connecting?

I wouldn’t say I’m a minimalist now, but I HaveConsidered surplus a false comfort, I’ve become less resistant. I realize now I don’t need more things, more friends, more projects, more commitments. I just need to recognize when I’m trying to fill a void and instead focus more on the things I value most.

Eleni is a queer bilingual writer. She was born and raised here. Since elementary school, Eleni has been writing. She used to hand out magazines and stories to her classmates. Her writing has appeared in The Mighty Thought Catalogue. Elephant Journal. Uncomfortable Revolution. You can follow her on IG eleni_steph_writer and read stories from her time as a rideshare driver at lyfttales.com.

Tiny Buddha’s first article, The False Comfort of Having More: Finding Peace with Living with Less appeared on Tiny Buddha.