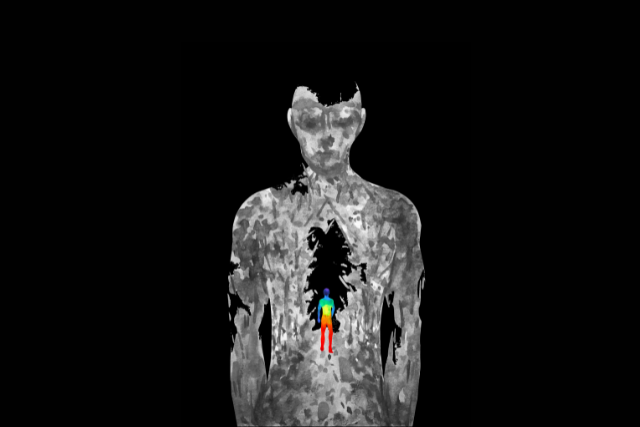 Ken was just forty-seven when he died.

It was surreal to realize that my brother in law had left our physical world.

Our family felt every step from our initial phone call to bring us to the hospital until the moment we wrapped him up as he breathed his last. We felt like we were caught in two realities, one cruel and one complete belief. It happens to others, but not to you.

My chest felt like a dense, cold stone had been dropped abruptly on it aimed at my heart after hearing those words hit my ears: “He’s not going to make it…”

When it’s your family lying in the wake of such a painful experience, you soon realize the profound effect that death has. This causes a ripple effect in our lives, which can reach out over miles and days.

It’s such a deep wound for an entire community that surrounded him—his young family left behind, extended family at work, concert traveling buddies, camping friends, and countless other people who enjoyed his presence.

Ken embraced fun, passion, and laughter, whether he was tearing up the dance floor, creating his culinary signature dishes for our family gatherings, harvesting his perfect tomatoes, or taking pictures of his lovely wife, kids, and all their adventures with his “fancy camera”. Ken was an extraordinary soul who brought light to wherever he went.

Our world was forever changed by a fall from a flight of steps. Ken was left with multiple brain injuries, as well as significant skull fractures. His eyes looked like two big shiners. He had numerous contusions on his head and arms.

It was a slow but steady week. Slowly, his alertness increased and his conscious awareness began to return. A conversation with the physician’s assistant was frank. It would take a very long time to recover, even in the best case scenario.

Our minds were racing with questions. Were we ever to see Ken again after he recovered? We are wondering what challenges this new Ken will present to our family.

Ken had cognitive behavioral issues that were likely related to a traumatic brain trauma. Some of Ken’s behavior while in hospital was not typical for a patient who has his prognosis and condition. Initially, he had to be restrained to ensure he wouldn’t pull out his vital monitors or attempt to leave the hospital.

He became more calm and stable over time. My husband and I last saw Ken smile again a few days before his death. We had some hope that Ken would be there.

Soon, we learned brain injuries are not predictable. After twelve days, Ken had a major stroke without any warning. His son and his wife had watched the Jets hockey games together just two days before. It was the morning that everything changed.

His nurse discovered that he was not responding to her. Our doctors told us they had to put Ken in an artificially inducible coma that would last for at least three days.

Next morning, our immediate family was called to the ICU. His brain pressure suddenly increased for reasons that are unknown. He was not saved by medical intervention. Ken had to be removed from life support. He would be able to pass away peacefully, according to his doctors.

Our family ran to his aid for the last minutes of his life. This was my most painful day. His skin went from being a bright pink color to becoming gray. It was like death had pleaded for his soul to go. Ken was taken from this world by death. We bid him farewell.

This hospital served as a stark reminder about the seriousness of our circumstances. Families and patients in intensive care. You can hear the noises from all of the tubes and see them. Doctors and nurses. Updates and conversations. Decisions. The waiting area has sandpaper Kleenex. Beeps and needles. You could soak it all in with your eyes, ears and nose.

It isn’t a peaceful and tranquil place for a death. Medical necessity forced him to do so. For his children’s sake, it was a bitter lesson of mortality. There was never a true goodbye. The memories of their father, motionless and surrounded by an army machines, are vivid. They were my thoughts and prayers. It was their dad’s final moment of life, and unfortunately death doesn’t let us choose our departure.

The next day after he had passed, we gathered at my mother-in-law’s house. It was necessary to plan a service. In a matter of hours, food was ordered and notices in the newspaper were submitted. Cremation arrangements, among other things, were all taken care of. A celebration of life at the local community center, where my husband’s family grew up.

It was simple, but incredibly kind. This would be his last goodbye to everybody. This was his story, his passion and the life he lived. There was an incredible outpouring of support by those that attended and were touched by Ken’s being.

A collection of Ken’s favorite things and pictures of precious moments throughout his life was on display. His fishing rod, lures made from his daughter’s nail polish, guitar, sport jerseys, and the leg lamp Christmas Story movie lights I gave him for his birthday, among other things, were included.

Ken’s wife gave the eulogy (the only speech), and it was moving. Since she was 18 years old, he was her love and her father. He was also the man that would be there for her until her death.

Even though she was sad, she talked about their time together and how grateful that they found each other. The shimmer in her eyes held me back, even though the world around was falling apart. Although I was expecting that the funeral would bring closure, the truth of his passing made it more difficult to believe that it had ever happened.

There are many responsibilities that come with the death of someone you love. My sister-in law, his father and mother, and my husband contacted so many people that it was unbelievable. There was little to no time for mourning or loneliness. Constant phone calls, food deliveries, visits.

This was something my sister-in-law understood. People mean well; it’s the process that follows that is daunting. Paperwork, death certificate, cremation, insurance, calling the kids’ schools, and all the little things tacked on create an enormous to-do list.

You move with grace and perseverance during life’s most significant moments. I’m still amazed at how well she pulled it all together. It was clear in her heart that she wanted to fall once the chaos had settled. The mounting pain would soon follow the chaos once it had subsided.

My family was falling apart, and I tried to understand it all. It is cruel to hold on to the notion of someone once been. We are robbed of our hope.

It wasn’t just his death alone; it was the rollercoaster of preceding events in the hospital that would damage us. Holding on to the sides of the boat, without any paddles and unable to let go, we were swept along the path of the river. You can’t stop the river, but it is impossible to control it. Instead you must let it carry you through its turbulent waters until they calm down again. As with the river, life is a surrender of control. We were not obligated to harness it.

We all experienced a slight dissolution in the weight and sadness of losing Ken. As we shared our fond memories of Ken and shared jokes among ourselves, smiles would fill our faces.

He would remind us of our love and passion for life, which we will be reminded gently. While death can take us physically, our memories and his vitality will remain within us.

It is so intertwined that love and grieving are intimately connected. We wouldn’t be able to love as deeply if we didn’t grieve. It’s the beauty of love and sorrow twirling around us in this constant dance we call life. It was then that I understood the beauty of hearts being broken to allow them to rise again.

Jackie Honey, a humble servant to mindfulness, shares her own life experiences. As a way of dealing with trauma, she began writing. For her, it became an important part of her daily life. It is her passion to share and listen that she expresses creativity.

Tiny Buddha’s first article, The Chaos of Life After Loss And the Love That Never Dies appeared on Tiny Buddha.