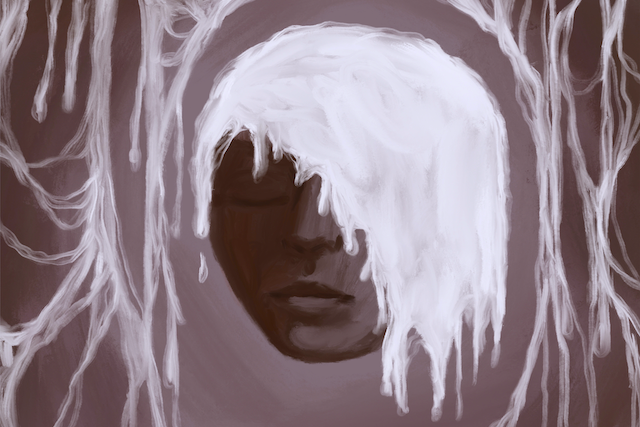 “What seems to be clear is that we humans are an accumulation of our traumatic experiences, that each trauma contributes to our biology, and that this biology determines, to some extent, how we respond to further traumatic events as they emerge in our lives.” ~Shaili Jain

Mental health stigma is declining. That’s wonderful, but the way we’re doing it is wrong and damaging. Our society is ignoring trauma, which is pervasive and so common.

Think about how many times you’ve read something equating mental illness to cancer or some other disease. Some people believe that medication to treat mental illness should be treated the same way as medicine for high blood pressure or cholesterol.

When we say that mental illness is simply a result of a chemical imbalance, we are pretending our trauma isn’t what causes so many of our mental health struggles. Many of us have experienced more than enough people invalidating traumas and mental illness.

But, at the same time I believe that this possibility should include an examination of epigenetics. I’m not going into detail about that. You can search Google for this information.

What I will say about epigenetics is that I believe these “genetic chemical imbalances” come from trauma that is inherited from each generation. Our DNA can be altered by trauma, as has been shown.

Scientists have found that certain people are predisposed to developing mental illnesses. Epigenetics causes a chemical imbalance of the brain.

Let’s just call mental illness a chemical imbalance. I suppose it feels like a softer blow for some to believe that’s why they have a mental illness.

They can then believe that their experience and/or thoughts have nothing to do their mental illness. I will just try this to help my brain.

That is what frustrates me the most. You minimize or ignore the fact that mental illness can be a direct result of trauma.

My father, a depressed and alcoholic, died nine years ago from cirrhosis. His drunken rages and the fact that he was absent during a significant portion of my childhood caused me a lot of trauma.

My mother also tried to pretend that he was fine. I was also taught to pretend the violence wasn’t a big deal.

As a child, it was extremely confusing because I knew that those were traumatizing experiences. However, my body and mind told me otherwise.

Mental illness was a double-whammy for me. My mother wasn’t emotionally available for me. It was important for me that I had a person who could validate my emotions and let me express myself.

My father, and possibly my mother also had the predisposition for depression. She stayed with him many years. Due to my traumatizing childhood, I was also depressed and anxious.

If a genetic chemical imbalance was the sole reason I was depressed and had anxiety, that meant my trauma shouldn’t have affected me the way it did. That didn’t sit well with me.

What could have caused me to believe that my genetic chemical imbalance made it seem worthless and incompatible with love? Why could this be the reason why I didn’t feel safe emotionally or physically? I could not believe it!

A genetic chemical imbalance wouldn’t cause those negative, false beliefs. I would feel anxious or depressed overall but it wouldn’t be linked to any specific event.

My anxiety was caused by the constant witnessing of violence in my own home. After the first episode, I felt no physical safety. Every episode, I made plans about what I could do to keep myself safe in the event of an emergency.

My window had a shed that was stored outside, and there was a roof. When my dad screamed or was throwing things at me, I could slide down my roof and go into the woods behind our house.

Every room of my home had an escape plan. A portable phone was also a feature of my bed that allowed me to call 911 when I felt brave.

It was a confusing time for a little girl to hear that violence witnessed wasn’t a major deal and to be told not to speak to anyone about it.

I felt intense sadness because I believed that my father didn’t love me enough to quit drinking.  When I would voice that sadness, I was told that I didn’t have a reason to be sad. My first thought was that something was wrong.

Why am I so sad if I don’t have a reason to be? Why should I feel unlovable if that’s stupid to say or feel?

Therapy helped me realize that I was traumatized. So, even if I didn’t have that predisposition to a genetic chemical imbalance, I would still have had depression and anxiety.

Anyone who has experienced traumas similar to my own would experience anxiety and depression. I was unable to accept that my trauma was caused by genetic chemical imbalances.

Many people claim they require medication to treat mental illnesses. This is dangerous, and it prevents people healing.

This is often a result of people believing that one pill will fix all their mental problems. I’ve yet to hear about anybody who took a pill that completely removed all symptoms of mental illness.

Now, I’m not saying the medication does not help. For many, it does. But, mental illness is not the only thing.

The chemical imbalance may also result from trauma. It takes more than a simple pill to treat trauma.

My depression was a problem that I experienced in my teens, twenties and twenties. I had tried many different drugs, but knew that I needed something more.

Additionally, I found that each of the medications only had a limited effect on my day to-day work performance. I wasn’t doing anything but going through the motions. Never did I experience moments of joy or peace.

My feelings of worthlessness were not changed by any medication. I still felt unlovable. Anxiety would set in when I saw or heard certain things. Quickly, my mind would return to that childhood fear that I wasn’t safe emotionally or physically.

If my mental illness wasn’t a result of trauma, then the medications would’ve cured it all.

Oh, how I wish those medications would’ve been the answer for me. That would’ve saved me a lot of time, energy, and money in therapy.

Therapists wouldn’t even exist if mental illness were nothing but a simple chemical imbalance. Medications for mental illness truly would be “happy” pills.

It just doesn’t work that way. Mental illness is often the result of years of trauma that has not been processed or covered up.

In order to rewire the brain, trauma needs intensive therapy. To be able to heal and function better, trauma must also be recognized and accepted.

The message is that mental illness can be explained as a chemical imbalance and your brain needs to be fixed.

It is wrong to compare mental illness with cancer, or other diseases or illnesses.

To me, there was enough to downplay the trauma of my childhood. I’ve also heard way too many people downplay their own.

So, let’s stop doing that. Let’s start naming trauma as equally damaging, if not more, than a simple chemical imbalance.

Name your traumas and how they contributed to your mental illness. Recognize the profound impact trauma had on you and how it affects your daily life. You need to find an experienced therapist that can help you deal with your trauma. This is what your body, mind and soul require.

Mary Beth is licensed as a professional counselor. She also blogs about mental health. She helps readers to heal the childhood fears of being inadequate. Find out more. To live a peaceful life, she helps people understand their Not Good Enough Stuff. Mary Beth is a writer about generational trauma, boundaries and inner children. You can find her subjects here. Subscribe to Not Good Enough Stuff right here.

The post How Trauma Can Cause Mental Illness (It’s Not Just a Chemical Imbalance) appeared first on Tiny Buddha.