How Overthinking Ruined my Relationships and How I Overcame It 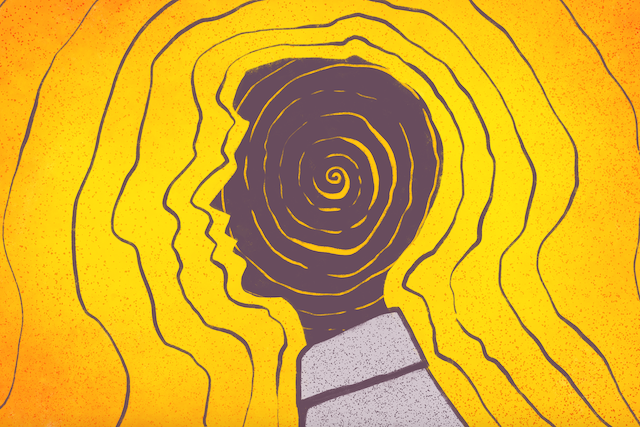 “Overthinking ruins you. It can ruin the entire situation. It can also cause problems. This makes it worry. Plus, it just makes everything worse than it actually is.” ~Karen Salmansohn

I grew up with parents who believed a kid shouldn’t have friends and should be indoors always. I didn’t have any real friends growing up, other than those that I had met at church and school.

My forte has always been loneliness since my teen years. I’ve learned to be too attentive to detail. Looking at people when they talk is how I react to them and their facial expressions. The smallest cues are the most important and I pay attention to them.

Conversations, of course, are meant to be enjoyed; however, for me, that isn’t the case. It’s easy to think of all the possible problems that could occur during a conversation. I wonder what I’ll say next after I get a reply. And a slight change in a listener’s facial expressions makes me think I’m bothering them—they dislike me, I’m boring, I need to stop talking.

For me, it has been hard to have real friends. It is difficult to keep a friendship going for a long time. When I meet with someone for the first time and we both “connect,” I start fantasizing about how we might become everyday gist mates, lifetime buddies, and even in a romantic relationship (for ladies).

Sometimes I feel tired, and it is difficult to let go of all the overthinking. Even the smallest details need to be taken into consideration and processed. Instead of taking any action, I just keep thinking.

Many opportunities fell through my hands, and I’m not sure that I can take advantage of them. Except that one occasion, I had wanted to apply for a writing competition. I attempted to stop myself applying. I reminded myself of harsh critics and writing rejections I’ve faced in the past, but I never gave in to the voice. I tried to shut it up and applied for the competition—and I won.

I don’t think I’ll ever fully stop overthinking. I’ve accepted it as a part of me I have to live with, but I’ve also made great progress in getting past it.

My techniques may help if you have lost your confidence due to overthinking.

Recognize when overthinking can ruin your mood and prevent you from taking actions. Don’t beat yourself up or hate yourself for it.

If you’re anxious to do something because you’ve been obsessing about it, acknowledge that you’re afraid. If we are honest about something, the brain will find a way to help us.

I actually made real progress by accepting myself as an overthinker. This helped me to love myself and not hate myself.

A calm mind is possible only by clearing your head. You could speak to someone—it helps—or write down every thought running through your mind (my favorite technique to calm my mind).

If, for instance, someone offends you and you can’t get it off your mind, talk to them about it. If you’re obsessing about an interaction with someone you can’t talk to, journal about it. Instead of dwelling on what is bothering you or worrying, take immediate action.

3. Don’t expect too much from people.

People will disappoint you, it is true. You will be even more disappointed if your high expectations are placed on them.

To be on the safer side, don’t place so many expectations on people. Things change, people make mistakes and they will reaffirm their statements.

If you expect that people will disappoint you sometimes, you’ll be less likely to overthink things when they do. Instead of wondering why it happened and if you did anything to contribute to the situation, or if you should have done something differently, you’ll simply accept that people often don’t keep their promises, and you don’t need to take it personally.

A lack of self-confidence is often the root cause for overthinking.

It was sometimes difficult for me to make friends with others. I believed I was a boring conversationalist, so whenever I was talking with someone, I’d always try hard to prove my belief wrong—sometimes unnaturally—to keep a pointless conversation going when I could end it.

If you aren’t confident in what you bring to the table, you will always overthink your way into believing it’s always your fault if a conversation or something doesn’t go as expected. So instead of telling yourself that you’re lacking in some way, work on believing in your worth, and this will help you question yourself less in difficult situations.

5. Take a rest when necessary.

During a stressful day, it’s normal to have a lot running through your mind.

Whenever you start worrying about mistakes you’ve made with other people or find the thoughts in your head feel overwhelming, take a break. To help your brain clear out the clutter, you can either take a break, nap or go on a long walk.

6. Refrain from trying to impress others.

People who are overthinkers tend to be driven by the desire to impress or please others. When in a conversation, they may carefully pick their words, and then obsess about whether they’ve said anything stupid or wrong.

However, friendships built on the desire to please or impress another person may end in discord and be short-lived.

People don’t want to feel like they’re being worshipped in a friendship. They want to know the real you—both the exciting and boring parts of you—so it turns them off when you make a conversation about them alone.

When talking with people, say what you mean in the way you want to say it and trust that the right people won’t pick apart everything you say and will actually appreciate you for being you.

7. Accept that you can’t be friends with everyone.

You should realize that you will not be liked by everyone, even as you attempt to make new friends.

You may try hard to make someone acknowledge you and be friends, but you won’t click with everyone, and you don’t have to overthink it.

You aren’t meant for everyone, so if someone disrespects or ignores you, it isn’t your fault. You have to find people who like you and let go of the ones who don’t.

8. Take the time to enjoy today and not think about tomorrow.

In all you do, make sure you’re present in it. You can’t be in two places at the same time. In the same way, you can’t expect to enjoy the present if you worry too much about the past and future.

Be present and focused on those around you. Make it your rule. If you let yourself be fully in the moment with them, you’ll worry a lot less about what they’re thinking of you (and about everything else, for that matter).

Ever since I started practicing all I mentioned above, I’ve been happier in life than ever before. It’s much easier to make friends and have conversations with others.

While I had many failures in trying to reprogram my brain, it was something I refused to give up on. The end result, making friends and enjoying life was my goal. It’s easier to connect with others and think less, which has helped me reduce my overthinking.

Taiwo Alade, a UX Designer and writer. His passion lies in writing, and he’s interested in influencing people’s life experiences through actionable advice in his writeups. He believes the world can be a better place if we look out for other people, and he’s been doing that with his articles.

Tiny Buddha’s post How Overthinking Has Ruined My Relationships, and How I Overcame it appeared first on Tiny Buddha.