How I’ve Released the Heavy Weight of My Persistent Guilt 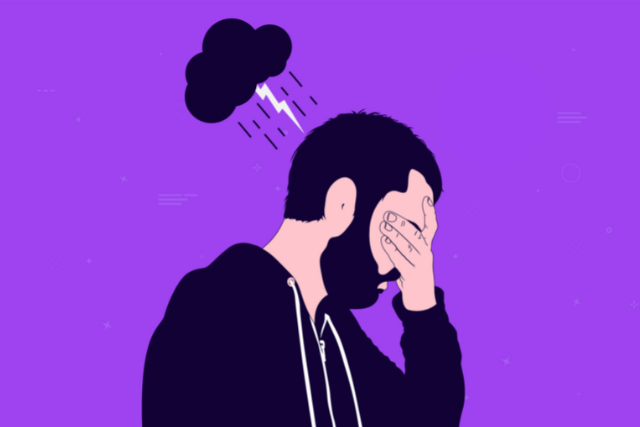 The body feels every emotion in its own way.

These emotions are normal. However, holding on to them can cause damage. We must learn to shed them, as any “negative” emotion, if held on for too long, can release toxins that destroy our bodies over time.

Anger, anxiety, and sadness can often be symptoms of an even more damaging emotion. This is what destroys our spirit. This takes our joy away. It is the most intense of all emotions we experience.

Guilt is that emotion. It was a feeling I carried for years, and that I believed to be the cause of other harmful emotions.

Before embarking upon this inner journey, I felt a constant vacillation between feelings of anger and anxiety. Once I cleared my mind, it took me several months to let go of these emotions. Only then did I realize that they were manifestations inside of my guilt.

When I understood that, I changed my mind and focused on defeating guilt. Understanding what guilt means is my first step.

It was something I felt. I’ve carried different types of guilt my whole life. But I didn’t really understand what guilt was.

Then I started to look. The root cause of guilt was doing wrong. Why did I feel guilty for doing wrong?

To figure that out, I started analyzing the feelings around the guilt, which is really a persistent feeling of “I should’ve …” or “I shouldn’t have…”

For example, I should’ve been nicer to the customer service rep. I shouldn’t have made fun of that person behind their back. I should’ve remembered that person’s birthday.

Another thing I learned was that guilt stays with me for a longer time than any other emotion. For example, anger came and went. However, guilt remained.

That’s when it clicked, and I understood what guilt really is: denial. Persistent denial. That meant acceptance was an obvious antidote for guilt.

To solve my guilt, I needed to admit what I was doing. It’s that simple.

I’ll give an example to illustrate my point.

A couple of years ago, an older man I’m friends with got into a motorcycle accident and suffered a severe neck injury. He was eventually able to walk after a week at the hospital, followed by several weeks of recovery at home. I had my birthday dinner with him and many others.

The friend was wearing a neck brace. He also was on painkillers. It made him very woozy. We were all sitting at his coffee table after dinner when he walked up to grab a bag of chips. He tripped on my feet because I was talking to someone else and my feet were in his way.

A person saw the danger and pulled him out of his fall. Otherwise, he would’ve seriously injured himself. Maybe even died.

He was fine, thank God. However, I was still very guilty about my trip to him. This guilt remained with me for many years. My mind wanted me to redo what happened and take my steps out of the way. I kept replaying in my head what I should’ve done.

To move past this, I had to accept what had happened, without self-judgment: I didn’t mean to hurt him. I just wasn’t paying attention. He was almost killed when I fell on him. I almost killed him.

That’s what happened; nothing I can do about it.

It’s therapeutic, in this moment, to write that out. It’s full acceptance of what actually happened. And it also makes the lesson of the situation obvious—I need to be more aware of my surroundings.

Now, the truth is, I’ve done far worse things than accidentally trip a man. The process remains the same.

That’s one form of guilt, which is usually brought on by a horrible outcome. There’s also another form of guilt I needed to shed, which was far more common and persistent.

My relationships with others was the source of my guilt.

This is what I am referring to

Here’s one example. A few years ago, whenever I was socializing with friends, it almost always gave me a headache.

Later, I realized that this headache was due to guilt.

See, when I would hang out with people socially, I’d really want them to have a good time. I’d put pressure on myself to be “on” and to keep them entertained the whole night.

After the night would end, I’d beat myself up for all the perceived mistakes I made. Wish I would’ve said this or said that, done this or done that. I’d literally feel guilty about not being entertaining enough.

It was time to be honest with myself, and let go of the guilt. Yes, I wasn’t entertaining every minute of the night. Maybe they had a good time. What’s the matter?

I was able to release my guilt and move on with my life.

Apart from feeling guilty about hanging out with other people, I also felt guilt around certain people.

I often saw loved ones who had been affected by a demon. I refused to accept the person and their situation. Instead, I wished they could get out of this rut and be happy again.

This created guilt, because I wasn’t accepting who they actually were and the situation they were in. This made me wish for things to improve. They were put on defense and it was difficult for me to provide meaningful assistance.

Second, I realized that they were indeed struggling. But then again, wasn’t I struggling too?

Ironic it was. Here I was, feeling guilty about other people’s struggles. And yet, I had my own struggles in front of me that I wasn’t addressing

It reminds me of these conversations I have with this couple I’m close with. I’ll talk to the husband one-on-one, and he’ll list the things he wishes his wife should work on, and how he feels bad for her. Then I’ll talk to the wife one-on-one, and she’ll list the things her husband should work on, and how she feels bad for him.

Both feel guilty about things they can’t control and ignore their own problems, over which they do have full control. When they do this, I laugh at myself.

Yet, it was exactly the same thing that I did.

The realization: I needed to stop trying to save other people because I can’t. They will do the same thing as me, so all I can do for them is to be who they really are.

Instead, I realized I needed to focus on what I actually have control over, which is “saving” myself.

As I traveled along the journey, I started to realize how much guilt and shame I had. Which is to say, how much mind space I was dedicating to rethinking what I should’ve said or done in various situations from my past.

This, I’m now realizing, is complete madness. It is impossible to change the past. It is my responsibility to accept the past.

It can be hard to accept my entire past, but I am willing to admit it. There are some dark things I’d rather not address. But it’s far better than wasting my life trying to redo something that already happened.

What’s the good news? By accepting the difficult parts of my past, I’m able to quickly glean insights from those mistakes. And that’s further helped me remove attachments and clear my mind.

This is the point: Guilt can be denial. The reason it’s so heavy is because our denial prevents us from processing the reality of the situation in a meaningful way.

Accepting reality is the first step to understanding it. This will help us move on from our guilt. We can then learn from what happened and move forward.

Paul Petrone was raised in Salem in Connecticut. In 2016, he moved to San Francisco and is now a resident of New York City. Paul has a passion for writing, and is very grateful to have had the opportunity to bring them together in his book. What I did to find Peace? 14 Remarks that Cleared my Mind. Learn more about Paul on his website, paulpetroneauthor.com.

The post How I’ve Released the Heavy Weight of My Persistent Guilt appeared first on Tiny Buddha.