Forbidden Emotions: The Feelings We Suppress and Why They’re Not Bad 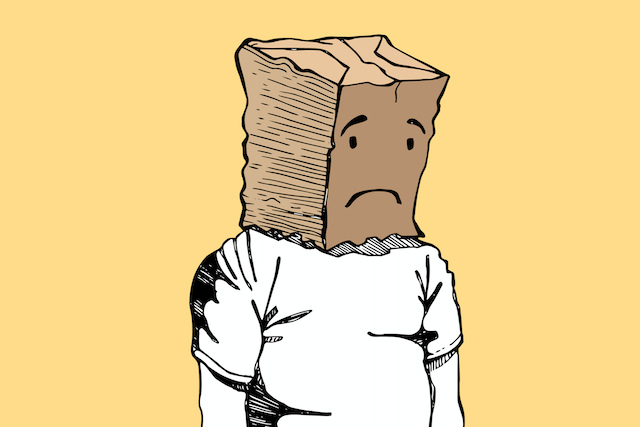 “The truth is that there is no such thing as a negative emotion. Emotions only become ‘bad’ and have a negative effect on us when they are suppressed, denied, or unexpressed.” ~Colin Tipping

Emotions are constantly and powerfully guiding our lives, even when we are not aware of them, even when we do not feel them or are convinced that we can exclude them from our experiences.

The emotions we feel can provide valuable, often indispensable, information about our lives, how to act, what will work best for us and the best decisions that we make. We often ignore their messages because they are too valuable or because we don’t know how to recognize or comprehend them.

Some emotions are prohibited in many families.

Some parents teach their children to avoid certain emotions without even knowing it. Growing up, were you told “Don’t be angry!”, “Don’t cry!”, or “You are just a child, you shouldn’t feel sad”? You might have been criticized for showing a particular emotion.

If so, you learned from your childhood that the specific emotion—the forbidden emotion—was dangerous, inappropriate, and disapproved of.

As a child, you learned how to eliminate it from your emotional repertoire. You might now be called someone who doesn’t get angry or cry, etc. Parents can massively influence their children’s mindset, and if trauma from childhood is not healed, we carry it with us into adulthood. Children are just like adults in suits.

When you are triggered by something, how do you react? Do you notice that you might feel the same way as when you were younger? This was something that I saw in myself after making the conscious decision years ago to be more open to my emotions.

My emotions were dismissed daily as a result of growing up. In my home, it was not acceptable to feel sad, anxious, angry, or both. But those feelings didn’t go away, they kept piling up until I couldn’t take it anymore.

When I was young, my bullying mother was cruel to me. That was the time I experienced a very difficult day at school. As I felt sad and anxious, I needed to talk to my parents when I got home. It was important to me that my emotions could be expressed freely and I would be understood.

The words I was told in that very moment were “Don’t worry about it, it’s not that bad,” “Stop feeling anxious,” and ‘You will be fine.” Not being heard as a child, especially on that occasion, instilled the belief in me that I wasn’t worthy of being listened to, and unfortunately the feeling of anxiety stayed with me over the years that followed.

I began feeling guilty whenever I felt anxious or sad as a teenager. As a result, I attempted to avoid those emotions, just like the teachers. In my twenties, a dear friend of mine decided to end her own life. It was her young age, so there weren’t any obvious signs of deep sadness or a desire to leave this world.

It was shocking to hear the news. Sadness and anxiety came up, but I had this paralyzing feeling telling me that I couldn’t be sad, I couldn’t be anxious, I couldn’t cry, I had to let it go straight away because it was the ‘right’ thing to do. Unfortunately, as a result, I didn’t grieve her death, and it took me many years before I finally accepted her loss.

My life began to change after I decided to accept and face my emotions.

While my parents are wonderful, I was also hurt by their childhood trauma. My parents instilled negative beliefs in me. They tried their best to do the right thing, no matter if they meant it or not.

I spent years being angry at them until I made the decision to forgive them, also readying myself for when I have children, so that they’ll learn to embrace and manage the forbidden emotions I mentioned earlier.

While we cannot control how our parents raised and educated us, our health is our responsibility.

There are both allowed and prohibited emotions. Children will learn to ignore certain emotions and find relief in the ability to let out what they are allowed.

For example, in one family, anger might be prohibited, but sadness can be encouraged and accepted. This family’s child will see that anger is not encouraged or punished.

The child might eventually replace sadness by anger, and then express it randomly, such as after a loss.

It becomes necessary to be able to return possession of these forbidden emotions. It is possible to make sense of misplaced and confused feelings. You can make better decisions. Since authentic emotions lead to authentic actions, you will feel fulfilled and less likely to be frustrated or empty.

Feeling free means that you can choose what to do, instead of feeling overwhelmed or powerless by events and others in your work, family, and love lives.

Were you not allowed to experience a certain emotion as a child? Is there a forbidden emotion you are afraid of?

I will leave you with two hints that may help you identify it:

What emotion do you struggle to understand or embrace when you see it in others?

Which emotion are you more likely to judge or minimise when another person expresses them?

Although it is difficult to think about this, it may help you recognize a source of your discomfort. This could be a ban you created and held onto for many years.

If you want, you have the ability to transform any prohibition you are facing into permission.

Carlotta has been an emotional healing practitioner for over ten years, trained in EFT, NLP, Bach Remedies, Kinesiology, and is currently furthering her skillset by completing a degree in Psychology. Now, she supports children who suffer from self-sabotage or anxiety as well. Visit her at https://www.carlottaelle.com/.

More Posts Get in the conversation!| More Posts

Get in the conversation! You can leave a comment by clicking here

The post Forbidden Emotions: The Feelings We Suppress and Why They’re Not Bad appeared first on Tiny Buddha.