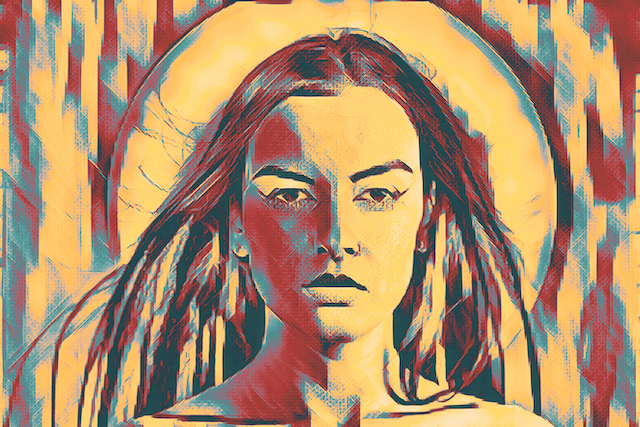 “Don’t waste your time and energy trying to convince people to value you. If you have to fight for their attention and respect, it’s time to move on.” ~Lori Deschane

“Well, maybe if you didn’t make stupid decisions you wouldn’t have anxiety. Perhaps you need to be more creative and smarter. It’s so obvious to everyone that you have no idea what you’re doing. They know that without me you wouldn’t survive.”

These words and many more echoed in my head each day.

We were all uncertain of the future in 2020 as the pandemic threatened to strike the world. I, back in Canada, worked my nine-to-five government job and lived with a boyfriend, whom I’d been with for six years at that point.

I wasn’t sure if it was the tension from the pandemic or the fear that everything was coming to an end that sent our relationship straight into the gutter. The pandemic forced me to sit alone with myself (and therapist—but that’s another story for another time) and really see life for what it was.

“Is this who I want to be with for the rest of my life?”

Every day I felt the world get quieter. But my inner voice and courage grew stronger and more powerful.

It was him who created the darkness all around me. He was his victim and I was just a person to blame. The blame was placed on me, leaving me feeling that the tiny ounces of affection I desired were not sufficient. I was not smart enough, pretty enough or creative enough. Not. Enough.

Each day my intuition got louder and louder, telling me what I knew I had to do, but somehow couldn’t. You see, that’s the thing with abuse, you can’t see it, and other people can’t see it either. You sit there, daily, wondering if everything you’ve ever felt or done, or not felt or not done, is enough.

The constant fight between you and your lover telling you how remarkable you are, then seconds later saying how you’re nothing, useless, and a waste; the gaslighting, the lies, the pain—it all makes you question yourself and your every move.

I didn’t believe that anyone actually cared about me, and sadly I still feel that way at times. Every square inch I take up is an opportunity to apologize; every emotion fights for my attention. You will never know when the abuse you have suffered ends.

My feelings of loss grew as we became closer and my blinders began to fall off. The parts I had been entangled with my husband, who was supposed to love and support me, were gone.

As much as I believed I was losing my self, each day I found myself finding her. I was ripping away the chains and rose-colored glasses that had been meant to hold me down, keep I stuck, or keep me small. I had spent almost a decade lessening myself so as to not bruise someone else’s fragile ego. I was always puzzled by how lovers can want to destroy their partners.

To finally get out of the relationship, I had to do it for almost two decades. It was not so ripe that I turned 26. I’d lost it all—my home, my routines, my grocery store, my schedule, my life.

He said that I couldn’t do it. I released and taught music, which I did. I also saved more than I can imagine, applied for school and was accepted (something I said I would never be able to do), cared for my cat and dog alone, something he told me I wouldn’t do), and felt truly happy.

Abuse is never easy to discuss; it makes people uncomfortable, and I’m not sure why. It’s very real and very prominent in life. The process of healing from abuse can take a long time and may be more complicated than the treatment itself.

The most liberating thing you can do is to regain parts of your self that were wrongfully taken from you. Abusive behavior can cause you to lose more than you realize. You only realize how much you have lost after it’s all done, forced to face life with the wounds you now carry.

Now, the struggle is between me and that part of myself that wants to protect me. I push away anyone who tries to love or support me because you don’t know what might happen. Because my ex used it as an instrument, I am afraid of the positive and try to push it aside.

C-PTSD is something that can only be acquired through years of abuse. Years of being told you are f*cked in the head and yelled at for every anxiety attack or difficult moment makes it hard to believe that people actually care. Every nice gesture I receive is met with suspicion and questioning, as if waiting for the metaphorical ball.

My days now are filled with constant worry about when good things will turn bad. Although therapy provided me with a lot of tools to deal with abuse, it was nothing that prepared me for the aftermath. It’s the hardest thing I’ve ever had to go through, but if there’s one thing to know about me it’s that I will not give up.

It has taken so much from my life that it is now impossible to allow abuse to take more of who and what I am. Each day is a challenge to learn to trust people more and restore my faith in humanity, but each day I get stronger, and those places where I was once “broken” fill up with love and trust in myself.

Sarah Jeanne Browne works as a writer, speaker and activist. Her self-help writing has appeared on Forbes, Lifehack and Thrive Global. For The Peal Center, Pennsylvania Youth Leadership Network and The Woodlands Foundation, she has taught workshops to youth about leadership. Sarah is bipolar and a speaker/writer with “lived experience”. She promotes better understanding of mental disorders to eradicate stigma. In all of her writing, she promotes surrendering or letting go. This is her philosophy for self-help sites, books and other. You can find her at sarahjeannebrowne.com and on Facebook and Twitter.

Tiny Buddha’s first post, Every Day Away From My Abuuser is a Step Toward Reclaiming Myself appeared on Tiny Buddha.