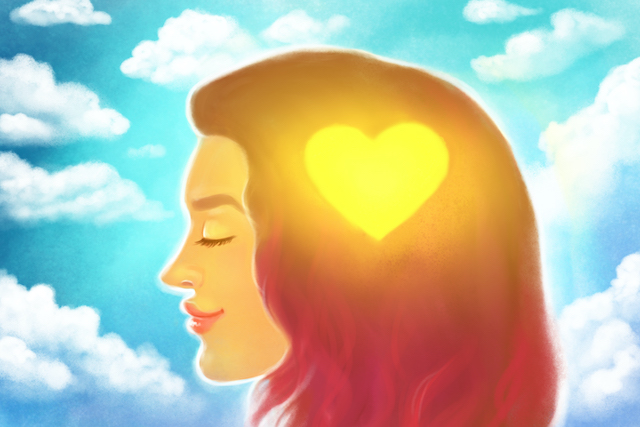 “It’s easy to judge. It’s more difficult to understand. To understand, you need compassion, patience and the ability to see that even good intentions can sometimes lead to poor decisions. We can’t separate by judging. Through understanding, we grow.” ~Doe Zantamata

If you don’t live in a cave, you have probably noticed two things. The first is that there are many incompetent and stupid people living in the world. If you agreed with me, your mind is very judgemental.

For better or worse, you’re not alone. Our species survived a hundred thousand years ago because we were able to quickly judge others. If we saw an unknown caveman and thought they “looked friendly,” we could die if they actually ended up being a killer. Our minds were able to quickly judge others and, if necessary, we could be suspicious. It is possible to save your life by being able to judge and be afraid of strangers.

Nevertheless, our mind’s tendency to see everyone else as difficult, annoying or different from us leads to unhappiness and stress.

Fortunately, there are five simple phrases you can use to overcome your mind’s constant judgments, and instead feel open hearted, compassionate, and at ease with others’ behavior.

If you accept the challenge, your mission is to discover the phrase that works best for you. Once you find a phrase that works for you, you can maintain a peaceful and loving attitude toward people—even when they’re committed to being super annoying.

They must be very difficult to live with

The first phrase I’ve used to quickly let go of judgment is, “It must be hard being them.” This sentence is meant to evoke compassion, not superiority. If you think this phrase and feel superior to whoever you’re judging, you’re not using it the way it’s intended. However, if you think this phrase from your heart, and feel compassion for a person for being burdened by their difficult behavior, then you’re using it well.

Recent phone conversation with a rude reservation agent for an airline was incredibly frustrating. I found her rude and unhelpful.

However, it was clear that she was angry or very traumatized. Yet, when I thought in my mind, “It must be hard being her,” I immediately felt more compassion for her. She must be angry, unhelpful and cause a lot of chaos in her own life.

It is likely that she feels lonely and frustrated by her job.

Surprisingly, when I had more compassion for her, her behaviour became much less disturbing. This is often the case.

A spiritual community was where I lived. While I was a fan of some members, I did not like others. In this community, we were taught to say a phrase when we felt annoyed. This helped us let go of self-righteousness. The phrase was, “How’s that like me?”

So, if Joe was complaining about how it was too hot to work outside when it was eighty degrees, I’d ask myself, “How’s that like me? Do I ever complain like Joe is doing?” The answer was an inevitable “yes.” In fact, I’d try to pinpoint exactly how I sometimes behaved like Joe’s current annoying behavior. One example: Joe might be upset that I complained about potato chips being low.

It would be two things that happened when I realized how often I acted similar to the annoying and difficult situations in other places. First, my self-righteousness would go and I’d feel more humble. Second, I will be more open to the needs of those I judge.

All of us do stupid and annoying things from time to time. We’re human. The phrase, “How’s that like me?” has helped remind me of our shared humanity and assisted me in seeing that I, too, am not perfect.

A third approach to overcoming our mind’s judgmental tendencies is to think a phrase such as, “I don’t really know the whole story.” In the Zen tradition, they call this “don’t know mind.”

The mind wants to create a narrative about everything that is going on in our lives. Even when we have almost no information, we create a story in our head as to what things mean and what’s really going on. Many of the stories we tell ourselves make us seem good, while others make us feel bad. Yet, if and when we get a fuller picture of reality, we see that there’s no such thing as one person being “all good,” and another being “all bad.”

People are complex, and they often have very good reasons for their behavior—even if we can’t see it at the time or know what it is.

As a psychotherapist, I get to see “behind the curtain” of why people behave the way they do.  A court ordered me to visit a client several years ago because he had repeatedly hit his wife, children and parents.

He was the first person I’d ever seen in my office. My initial reactions were one of disgust and judgment. His father had not only brutalized him but also sexually abused his child as a child. His life was full of dark secrets that made it clear why he ended up the way he did. As therapy went on, I began to feel deep compassion for the wounded man. He also let go his violent tendencies.

If I had held onto my original judgment of him as a bad person, we would not have healed. Not believing your mind’s initial judgments can be a path to greater freedom for both you and others.

They Are a Perfect Them

Many spiritual traditions believe that we share the same awareness and soul or divine nature, which is what underlies our personalities. This divine nature may be hidden under many layers of ego and problematic behavior, but it’s there somewhere.

If you can quiet your mind and open your heart, you can sometimes tune into this soul or divine aspect in others—even if they’re being annoying.

A phrase I’ve used to help me along this path is, “They are a perfect them.”  When I say this sentence from my heart, it reminds me that everyone is simply doing the best they can, and that a perfect soul is hidden underneath all their wounding.

In movies, there’s always a “bad guy” or gal who we root against. Even if that character’s behavior is abhorrent, we may still marvel at the acting abilities of the person portraying the antagonist.

In a similar way, when I see someone doing something I find offensive, I can still admire how well they’re playing their role. Although they might not be the most perfect jerks, it is still a great role to play. And behind the role they are playing, they are a wounded, vulnerable human being—just like me.

In short, they are a “perfect them,” and as I allow them to be who they are, it gives me the chance to let go of my judgment and feel compassion and peace.

A fifth and final way to conquer your (and my) judging mind is to use a phrase that Jesus used: “Forgive them, Father, for they know not what they do.”

People don’t consciously do stupid or self-destructive things. After all, people never put their hand on a hot stove if they know it’s hot. If we see someone acting in an upsetting or self-destructive manner, it inevitably means they’re too unaware—or too compelled—to do anything else.

Because we assume babies are not very aware and have little or no free will, we tend to not judge them when they do things we don’t like—such as cry. In a similar manner, we can see that many adults also are so unaware or so compelled by their past conditioning that they’re really like a little baby. From our understanding that they “know not what they do,” it’s easier to let go of our judging and being annoyed at them.

We all desire to be loved and love. Our Neanderthal-like judgemental minds can get in the way if we are truly pursuing what is deep within. By trying out the four phrases I’ve discussed, you may find a quick way to sidestep how your mind creates separation and annoyance. You will instantly feel more peaceful, compassionate, and loving when you discover a way to avoid judging other people.

Jonathan Robinson is an author of 12 books. He’s also the host of Oprah and co-host on the podcast. Awareness Explorers. (for more info: AwarenessExplorers.com)