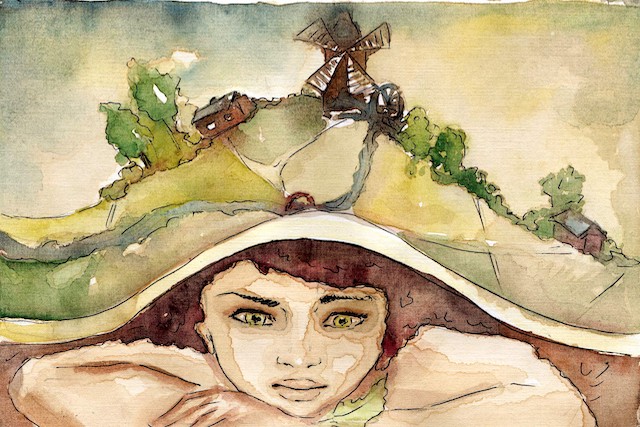 “You can’t stop the waves, but you can learn to surf.” ~Jon Kabat Zinn

In December of 2020, we noticed mom’s speech seemed difficult. It was as if she’d put cotton balls inside her mouth and somebody had to stop her from speaking. When we asked her what it was, she replied that it wasn’t.

We hadn’t seen each other since we got together over the holidays. On New Year’s Day 2020, we clinked glasses filled with sparkling wine and shared bold predictions about how this was going to be our best year yet (spoiler alert, it wasn’t).

It got worse with each passing week. It was something my sister and i brought up numerous times. We begged her to go see a doctor. They were separated by thousands miles and an open border. My sister was in Virginia; me, California. Mom, Canada.

She said no, it wasn’t a big deal, it was getting better (spoiler alert again, it also wasn’t). She said she was okay. She could eat and drink, as well as work and communicate. It was all fine. We grew more worried, and she kept repeating this message. We were powerless in helping her, even with her refusal to receive care.

On Facebook Messenger, in March 2021 I received an unusual message. The message was sent by a woman who claimed she had worked alongside my mother and asked me to contact her. My mother had been taken to hospital by her daughter the previous night, and she was later admitted due to extreme dehydration.

She also had no explanation for her symptoms, and underwent a number of tests. Ultimately, it was revealed that what ailed her was amyotrophic lateral sclerosis, also known as ALS or Lou Gehrig’s disease. This is a progressive neurological disease that affects muscle control and causes severe pain. The disease is usually fatal with no known treatment.

The first symptoms of her disease were the loss of speech and swallowing. When she was hospitalized, she finally admitted she hadn’t eaten a real meal in thirty days and had been able to drink less and less.

My sister is a career woman with a young family. I am a software engineer. This work can be complex, fast-moving, and highly nuanced. I used to pride myself on my “meeting endurance,” I often tackled days with ten to fourteen meetings, with enough energy left to crank out work deliverables, do an intense workout, and spend time with my six-year-old twins.

With my mother’s diagnosis, and the new responsibilities of caregiving during a pandemic, I had to revisit many of my previous beliefs and assumptions. Here’s what I learned. This will hopefully help you.

I’m a (sometimes) recovering overachiever. In my past, I’ve set huge stretch goals. I love the feeling of accomplishment when they are met. My motivation for striving to be more and better has been a constant throughout my life.

With my mother’s diagnosis, and the challenges of parenting and working in a pandemic, overwhelm swallowed me whole. I felt as though I was in a fog of darkness. As if I were moving through molasses.

I wasn’t alone, of course; mental health issues skyrocketed globally. Anxiety and depression are on the rise. The term “languishing” was introduced to express the lack of thriving many more experienced.

It was necessary to reconsider my approach to success.

Stretch goals are not something I want to do anymore. What I now call baseline goals are small, achievable objectives. These are very small and easily achievable goals. These are small, achievable goals that can be used daily or weekly and have a compounding effect when they are followed over many years. The simplest way to put it, your baseline goals will be the most important thing that you can do for yourself in order to support your well being.

You create a short-term, concrete focus instead of an overarching big picture.

Instead of a lengthy, high-intensity fitness routine or a stretch goal (let’s train for a marathon!The goal for the first six days is to move at least fifteen minutes per day. Walking counts. Slow yoga is a good option. You can dance in the living-room. I can do fifteen minutes.

Instead of kicking off a complex transformation project (let’s reinvent how we interact with our customers!Each morning, the goal is to establish the highest priority of the day and the most minimal action required. Do that first. It is easy to identify one priority. One thing is possible for me.

It turns out that when you’re super clear on your minimums, it frees up a lot of the capacity used up by trying to do it all. You can let go of the shame associated with setting unrealistic standards.

It has become almost a mantra for me to say, “That’s not a problem I need to solve today.” There are SO. MANY. PROBLEMS. Many decisions to make.

I had to learn to be discerning about which problems I needed to tackle now, and acknowledge that there were many I didn’t have enough information to figure out, so it made no difference to think about them.

When my sister and I moved my mother into an assisted living community, our minds were invaded by the “what ifs,” and “what will we do when?”.

We started asking ourselves, “What problems do we need to solve right now?”.

We only needed immediate help and support. We didn’t need to know the future. As new requirements emerged, we could meet them.

It’s clearly not a healthy long-term behavior to ignore the future, but in crisis, clarifying where action and decisions are needed has been helpful in deescalating anxiety.

Lektion 3: Self-compassion can be the new black

There are many days when I feel like I’m failing in every dimension. No matter where I am or what I’m doing, I am racked with guilt and self-criticism because I’m not somewhere else, doing more.

Self-compassion is when we give ourselves the same kindness we’d extend to a good friend. When the guilt comes (and I haven’t yet figured out how to keep it at bay), and the self-critical talk starts, I pretend I’m talking to a dear friend. I’m doing my best. That’s all I can do.

There are many times right now that I find difficult or painful. It is not uncommon for me to feel depleted and sad. That’s okay.

I can’t skip the hard parts, I have to experience them. The most difficult parts are the ones that I must experience in order to fully appreciate the happy moments.

You only ever have to deal with the moment you’re in right now. It’s possible to do difficult things.

Stephanie was a Silicon Valley transplant who moved to Colorado. She is a mom to twins and a tech leader. Get her free Mindfulness & Self-Acceptance in Crisis Guide, a companion to this article to support anyone going through hardship.  Mindfulness Incubator is Stephanie’s regular contributor. This resource helps overwhelmed professionals live more intentionally. Sign up to get awesome tools & resources delivered to your inbox, or find them on Instagram.

Tiny Buddha published the post Four Ways to Save Your Health When Things Get Hard or Overwhelming.