Jackie Chan is an actor, director, and martial artist who’s performed in more than 150 films. He’s known for doing his own stunts along with having starred in the Rush Hour films series.

Check out these inspirational Jackie Chan quotes on life and success as an actor!

1. “Most of the time, I’m not even working; I’m just helping people, because I feel that I am too lucky.” – Jackie Chan

2. “Sometimes it takes only one act of kindness and caring to change a person’s life.” – Jackie Chan

3. “My wish is to bring my heroes to the big screen, and many of them have already appeared in my films.” – Jackie Chan

4. “I know that eventually, I’ll have to change my life and my career, but I’ve got a lot of good years left in me yet.” – Jackie Chan

5. “I think as a celebrity, we have to teach the young generation how to speak with the old generation.” – Jackie Chan

6. “If there really is a god, then he really looks after me.” – Jackie Chan 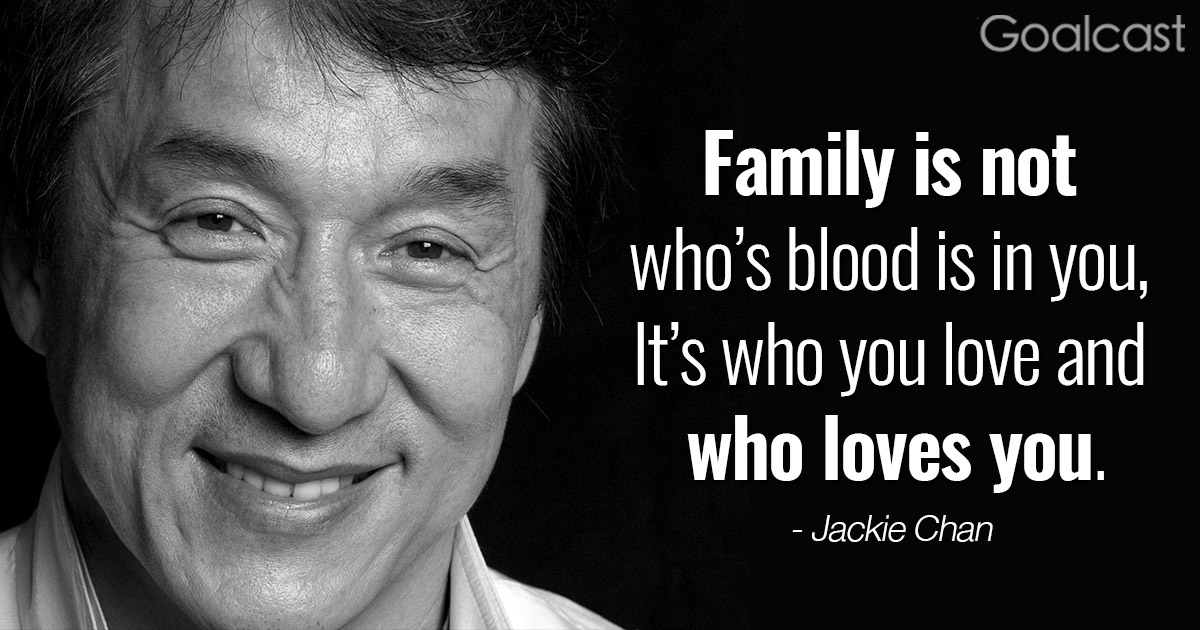 13. “If one does not attach himself to people and desires, never shall his heart be broken. But then, does he ever truly live?” – Jackie Chan

14. “Being still and doing nothing are two completely different things” – Jackie Chan

15. “Why did I become Jackie Chan? Mostly because I work very hard. When people were sleeping, I was still training.” – Jackie Chan

17. “When I look at young kids today I just don’t believe it, parents take away the Gameboy and they’re suicidal. They cannot take the pressure.” – Jackie Chan

21. “After all those years in Asia, I don’t have to do promotion anymore. We just release a Jackie Chan movie and – Boom! – people go.” – Jackie Chan 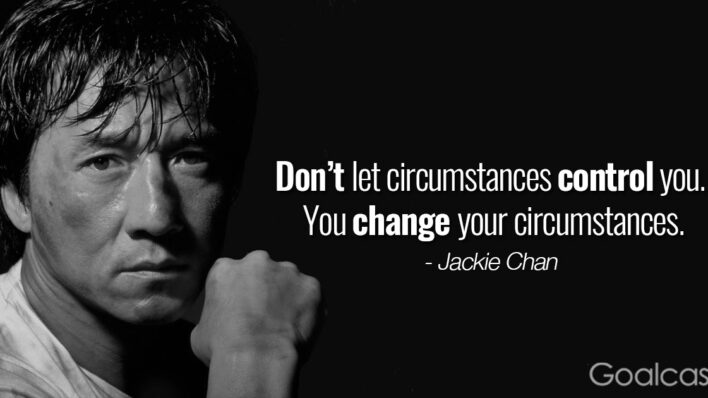 23. “You don’t get to do over parts or go back and change your path. Your life is decided by your character and the decisions you make in the moment.” – Jackie Chan

24. “The world isn’t that big, but it’s not that small either, and connections between two human beings are always a little mystical.” – Jackie Chan

25. “I allowed myself to be bullied because I was scared and didn’t know how to defend myself. I was bullied until I prevented a new student from being bullied. By standing up for him, I learned to stand up for myself.” – Jackie Chan

26. “When I was young I trained a lot. I trained my mind, I trained my eyes, trained my thinking, how to help people. And it trained me how to deal with pressure.” – Jackie Chan

28. “I want to make people laugh and I want to try to encourage world peace.” – Jackie Chan

30. “When I came to Hollywood, I spoke no English – except nobody bullied me. Every day, I had nothing to do except training in English, to keep talking.” – Jackie Chan

31. “I know I have to run 20 more minutes if I eat ice cream. Basically, I eat everything, but I just do more training.” – Jackie Chan

Which Jackie Chan quote is your favorite and why? Comment below!